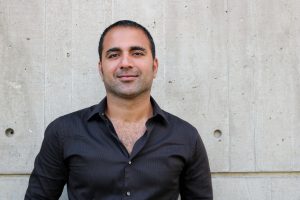 Shezad Baloch is a graduate student at the University of Wisconsin-Madison’s School of Journalism & Mass Communication. He is a freelance journalist, news buff, researcher and has an interest in the field of communication. He is currently working on a research article to investigate the factors that contribute to marginalizing the coverage of armed conflicts in the mainstream international media. He is using a 20 year long separatist conflict in Pakistan’s southwest province of Balochistan, which shares borders with Afghanistan and Iran, as a case study. He was a teaching assistant at the SJMC for two years where he taught the course “Introduction to Mass Communication” to undergraduate students. He also served as a fellow at the Center for Journalism Ethics. Currently, he contributes articles to Madison’s online community newspaper Madison365. Previously, he was a journalist in Pakistan for ten years. He worked with Pakistan’s largest newspapers and regional news channels as reporter and news presenter. This work can be found here. He also worked for UNICEF’s polio eradication program in Pakistan as a regional Communications and Reporting Officer. He received his professional master’s degree from the University of Balochistan in Quetta, Pakistan, and a certificate in Journalism in the Digital World from the Institute of International Journalism in Hamburg, Germany.