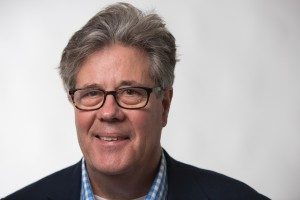 David Maraniss is an associate editor at The Washington Post. In addition to Once in A Great City: A Detroit Story, Maraniss is the author of six critically acclaimed and bestselling books: Barack Obama: The Story; When Pride Still Mattered: A Life of Vince Lombardi; First in His Class: A Biography of Bill Clinton; They Marched into Sunlight—War and Peace, Vietnam and America, October 1967; Clemente—The Passion and Grace of Baseball’s Lost Hero; and Rome 1960: The Summer Olympics That Stirred the World. He is also the author of Into the Story: A Writer’s Journey Through Life, Politics, Sports and Loss, The Clinton Enigma and coauthor of The Price of Tennessee: Al Gore Meets His Fate and “Tell Newt to Shut Up!”

Maraniss is a three-time Pulitzer Prize finalist and won the Pulitzer for national reporting in 1993 for his newspaper coverage of then-presidential candidate Bill Clinton. He also was part of The Washington Post team that won a 2008 Pulitzer for the newspaper’s coverage of the Virginia Tech shooting. He has won several other notable awards for achievements in journalism, including the George Polk Award, the Dirksen Prize for Congressional Reporting, the ASNE Laventhol Prize for Deadline Writing, the Hancock Prize for Financial Writing, the Anthony Lukas Book Prize, the Frankfort Book Prize, the Eagleton Book Prize, the Ambassador Book Prize and the Latino Book Prize.