Maier-Bascom Professor; Director of the MCRC 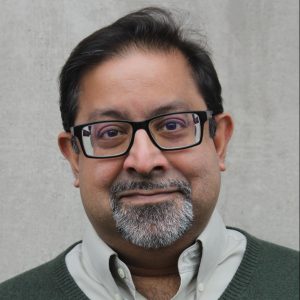 Dhavan V. Shah is the Louis A. & Mary E. Maier-Bascom Professor at the University of Wisconsin-Madison, where he is Director of the Mass Communication Research Center (MCRC) and Scientific Director in the Center for Health Enhancement System Studies (CHESS). Housed in the School of Journalism and Mass Communication with affiliated appointments in Industrial and Systems Engineering, Marketing, and Political Science, his research focuses on the influence of electronic and digital media on social judgments, civic engagement, and health support.

His teaching includes J345, Principles of Strategic Communication; J566, Communication and Public Opinion; J658, Communication Research Methods; J801, Mass Media and the Individual; J813, Practicum in Communication Research; and J829, Political Communication. Within the university, Shah works with fellow faculty and graduate students in three research teams: (1) Social Media and Democracy – SMAD, (2) Civic Culture and Contentious Politics/Center for Communication and Civic Renewal – CCCP/CCCR, and (3) Health Information Technology Studies – HITS. Articles from these collaborations appear in leading communication, political science, and health informatics journals (see his website’s research section). The author of over 140 articles and 20 chapters, he has also co-edited five books and wrote News Frames and National Security: Covering Big Brother with Douglas McLeod (Cambridge University Press). Shah has involved many students in this work and served as major advisor for 25 doctorates, and a committee member on another 75 dissertations across eight departments.

Much of this work has been supported by grants and awards totaling over $45.2 million in funding from private foundations (e.g., Ford, Rockefeller Brothers, Carnegie, Knight, Russell Sage, and Spencer), large public entities (Public Broadcasting Service, Corporation for Public Broadcasting, and Social Science Korea), and the federal government (e.g., National Science Foundation, National Cancer Institute; Agency for Health Research and Quality; National Heart, Lung, And Blood Institute; and National Institute for Drug Abuse). Shah has used much of the private support to conduct multi-wave national and regional panel studies and content tracking of the 2000, 2004, 2008, 2014, 2016, 2018, and 2020 elections, examining the effects of traditional and digital media on social and political outcomes. Since 2008, he has scientific director and principal investigator within CHESS across a series of large P-50 (full-scale specialized center grants) and R-01 (clinical trials and implementation studies) awards concerning cancer communication, active aging, and addiction treatment, with his most recent work centering on the opioid crisis.

Shah has served on the editorial boards of fifteen journals and book series, and held leadership positions in three professional associations, AEJMC, ICA, and APSA. He is the recipient of 22 top paper awards from national and international conferences and numerous other honors, including the Nafziger-White Dissertation Award, the Krieghbaum Under-40 Award, and Article of the Year Awards in Political Communication (ICA-2006) and Information Technology and Politics (APSA-2008). In 2016, he was elected a Fellow of the International Communication Association, joining a group of 100 living scholars holding this honor at the time. In the UW, he has received the Journal Communication Faculty Excellence Award, the Vilas Associates Award, the Chancellor’s Award for Excellence, a Hamel Faculty Fellowship, the Kellett Mid-Career Award, and the Vilas Faculty Mid-Career Investigator Award. He has been a visiting professor/scholar, distinguished lecturer, advisory board member, or external reviewer to over two-dozen major universities in the U.S., Canada, Europe, Latin America, and Asia.

He earned his BA from the UW-Madison’s SJMC in 1989, after which he worked as a media buyer/planner for Leo Burnett Co. in Chicago, IL and then as a consultant to marketing communication agencies (Fallon, BBDO, and Carmichael Lynch). He received his MA in 1995 and Ph.D. in 1999 from Minnesota in mass communication. He earned tenure in 2002, was promoted to full professor in 2004, and was awarded a Bascom Professorship in 2006.