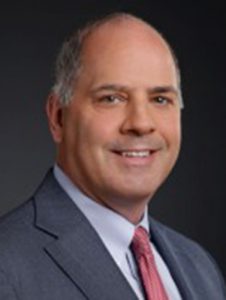 Hughes, a longtime communications executive, spent 19 years with Turner Broadcasting (1987-2006), the last 16 as the strategic leader of all sports-related public and media relations efforts. He also served as Senior Vice President, Turner Entertainment Group Press Strategy. Hughes led publicity and communications for TNT’s coverage of the NBA (1990-2006), NFL (1990-97) and three Winter Olympics (1992, ’94 and ’98), and he was also in charge of communications strategy for five Goodwill Games, the Atlanta Braves and Atlanta Thrashers and numerous other events and Turner network properties.

Hughes received a bachelor’s degree in journalism with an emphasis on Public Relations from the University of Wisconsin-Madison, and is on the Board of Visitors for the School of Journalism and Mass Communications. He received the school’s Distinguished Service Award in April 2012, and the Ralph Nafziger Award for Achievement in Journalism within 10 years of graduation (1997).