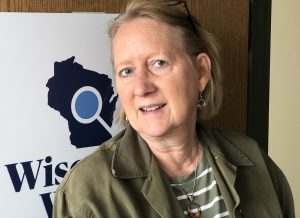 Dee J. Hall is co-founder of the Wisconsin Center for Investigative Journalism (Wisconsin Watch), joining the staff as managing editor in June 2015. She worked at the Wisconsin State Journal for 24 years as an editor and reporter focusing on projects and investigations. Previously she was a reporter for eight years at The Arizona Republic, covering city government, schools and the environment. Hall has won more than three dozen local, state and national awards for her reporting and editing. She is a 1981 graduate of Indiana University with majors in journalism and Spanish. Hall is a 2020 Distinguished Alumni Award winner for IU’s Media School.