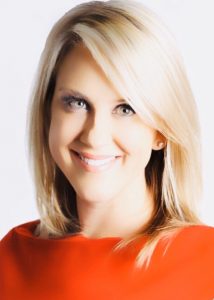 Janel Klein is a journalist, correspondent and on air talent contributing to a range of national media outlets, including NBC, ABC, FOX Sports, The Weather Channel, NFL Network, ESPN, and NBA Entertainment. A seasoned live speaker and interviewer, Janel has hosted major events such as the NCAA Frozen Four Tournament, the College Football Championships and the Kentucky Derby. Janel is a former newspaper editor who began her television career as an anchor and news reporter for the ABC affiliate in Grand Forks, North Dakota. She is a graduate of the University of Wisconsin–Madison.