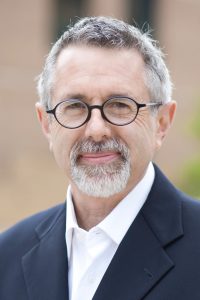 Friedland’s research has been supported by major foundations, including the Ford Foundation, the Pew Charitable Trusts, the Knight Foundation, the Kettering Foundation, the Center for Information on Civic Learning and Engagement (CIRCLE), and others. His current research is in three major areas: youth civic engagement and the lifeworld of young people; community media ecologies and civic and public life; and the theory of communicative action.

Friedland has been an active experimenter in the use of new communication technologies and the public sphere. In 1993, he was the principal investigator and publisher of ONline Wisconsin, one of the first multimedia journals on the Internet. As research director and editor of the Civic Practices Network, with Carmen Sirianni, he developed one of the first civic portals on the Internet in 1994.

He is a consultant to Wisconsin Public Television for news and public affairs. His documentary productions have won du Pont-Columbia, Emmy, Society for Professional Journalists and Corporation for Public Broadcasting Gold awards. Before joining the UW-Madison faculty, Friedland was executive producer at the CBS affiliate in Milwaukee, and a news and documentary producer at the NBC affiliate in Salt Lake City, and he was a visiting graduate lecturer in sociology at the University of California-Berkeley.