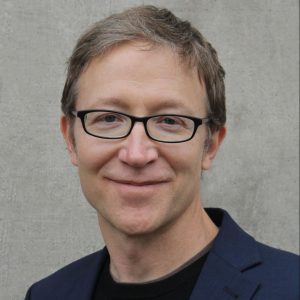 Lucas Graves is an Associate Professor in the School of Journalism and Mass Communication. His research focuses on new organizations and practices in the emerging news ecosystem, and more broadly on the challenges digital networks pose to established media and political institutions. His book Deciding What’s True: The Rise of Political Fact-Checking in American Journalism came out in 2016 from Columbia University Press.

Graves writes and speaks widely on topics relating to the news, politics, and new media, including political fact-checking, annotative journalism, net neutrality, and the open-source movement. His work has appeared in the New York Times, the Columbia Journalism Review and the Nieman Journalism Lab at Harvard University, as well as numerous scholarly journals including Journal of Communication, International Journal of Communication, and Journalism: Theory, Practice, Criticism. He is a co-author of The Story So Far: What We Know About the Business of Digital Journalism, from Columbia University Press and the Tow Center for Digital Journalism.

At SJMC Graves teaches both practical and conceptual courses including J618, Mass Media and Political Behavior; J561, Mass Communication and Society; and J335, Intermediate Reporting. He also regularly offers “Data, Fact, Truth,” an advanced graduate seminar on journalism as a form of knowledge production. In 2016 he and colleague Michael Wagner received a Baldwin Idea Grant to develop an innovative explanatory journalism curriculum built around a live fact-checking site.

Graves is affiliated with UW’s Holtz Center for Science & Technology Studies and with the Center for Communication and Democracy. He has been a research fellow at the New America Foundation in Washington, DC, and the Institute for Social and Economic Research and Policy at Columbia University in New York. His research has been supported by the American Press Institute, the Poynter Institute, the Duke Reporters’ Lab and the Reuters Institute for the Study of Journalism.

Before joining the faculty of SJMC, Graves worked as a magazine journalist and as a media and technology analyst. He has written dozens of articles for Wired magazine on topics as varied as citizen journalism, doomsday cults, and the future of advertising; his work has also appeared in Interview, Time Out New York, Food & Wine, The Brooklyn Rail, and many other publications. From 1999 to 2002 Graves was an analyst at Jupiter Research, from New York City and then São Paulo.

Graves received his doctorate and an M.S. in journalism from Columbia University. He holds a B.A. in political science from the University of Chicago. His Twitter handle is @gravesmatter.