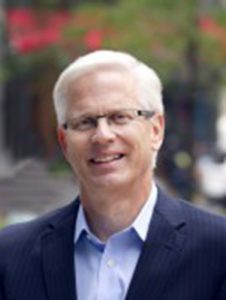 Calling on Golin’s “Communicate to Win” approach to corporate communications, Scott Farrell works with his clients to develop and sustain corporate brands and reputations that distinguish companies from their competition, engage stakeholders in positive action and drive bottom line results.

Much of Scott’s work takes place in the international arena, having implemented or directed campaigns in more than 30 countries around the world. He also is a leading expert in the area of crisis communications and issues management and was named by PR Week magazine as a “crunch-time counselor”— one of the industry’s top people that should be on speed dial when crisis strikes.

Scott is a past president of the Chicago Chapter of the Public Relations Society of America and is a member of PRSA’s Counselor’s Academy. He currently serves on the Board of Directors for The Off the Street Club in Chicago, and on the Board of Visitors for the University of Wisconsin-Madison’s School of Journalism and Mass Communications.

A graduate of the University of Wisconsin with a Bachelor’s degree in journalism and public relations, Scott has contributed to several college textbooks on public relations and communications measurement and is a frequent lecturer at Wisconsin, DePaul University, Columbia College and other universities. He’s also a winner of Wisconsin’s Nafziger Award for Professional Achievement and a second award for Distinguished Professional Service.