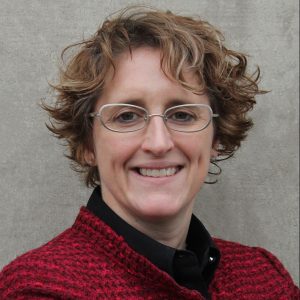 Sue Robinson joined the UW-Madison faculty at the School of Journalism and Mass Communication in January 2007 and now holds the Helen Firstbrook Franklin Professor of Journalism endowed research chair. As a scholar, she explores how journalists and news organizations adopt new information communication technologies to report on public affairs in new forms and formats as well as how audiences and individuals can use the technologies for civic engagement. Central to her work is the consideration of power dynamics such as race, class and areas of marginalization in information flows as content moves through media ecologies at the local community level.

She is currently at work on two book projects: one, on news media trust is a multi-phased and a long-term exploration of trust in all its dimensions. Titled, “How Journalists Engage: A theory of trust building, identity, and care,” the book will be out in early 2023 with Oxford University Press. She worked with Hearken, Trusting News, the Membership Puzzle Project and Democracy Fund as well as a consortium of about 90 professors across the country on creating and implementing trust-building models for newsrooms and journalism college curriculum, in addition to other fieldwork since 2018. The second book is about rethinking journalism school and newsroom training curriculum and protocol, tentatively called Disrupting Journalism and still in the early stages. She is working with 8 universities, their local media partners, and the nonprofit Cortico on developing training and skills about community conversation facilitations. In addition, she is proud to partner with research partners Dr. Josh Darr of Louisiana State University and Patrick Johnson of the University of Iowa as well as Trusting News, Hearken, and Solutions Journalism Network and their partner newsrooms to implement these evidence-based practices and then learn from those interventions.

Her 2021 book with Matt Carlson of University of Minnesota (first author) and Seth Lewis of University of Oregon is titled News After Trump: Journalism’s Crisis of Relevance in a Changed Media Culture (Oxford University Press). It provides a book-length account of Donald Trump and far-right politicians’ relationships with the mainstream press, and offers the most comprehensive scholarly accounting to date of the Trump presidency’s relationship with the press. In addition, it points toward a future in which journalists can reassert their relevance and reclaim public trust through developing a moral voice in place of a detached objectivity.

Her 2018 multi-method book called Networked News, Racial Divides: How Power & Privilege Shape Public Discourse in Progressive Communities (Cambridge University Press) researches how digital platforms enable and constrain citizens – especially those in marginalized communities – who produce and share information in the public sphere about racial achievement disparities in the K-12 education system. Using Bourdieu’s field theory as its theoretical framework and a complex methodology called network ethnography, the book is meant to be a guide for journalists, politicians, activists and others on how to navigate information networks to improve public deliberation. This book won the 2019 Tankard Book Award with the Association of Educators in Journalism & Mass Communication and contributed to her earning the 2019 debut award for Public Engagement with the International Communication Association’s Journalism Studies division.

In her work, she questions: How do our stories – in journalism, social media etc. – flow through our society? Who gets heard and who gets left out of this storytelling and why? How does the use of new-media technologies change the ways we learn about and interact with each other through public, mediated spaces? She is particularly keen to appreciate who exerts authority over information during the adoption of new technologies, and how are people feeling empowered by or excluded from civic, cultural and professional conversations. Where are there opportunities for contestation in emergent networks of these information flows? What does all of this mean for the press and other entrenched institutions central to democratic deliberation and community life?

Her methods (generally a qualitative, cultural studies perspective) include:

Her past work includes a comprehensive, multi-year newsroom ethnography and corresponding in-depth audience study that led to a recently published monograph in Journalism and Communication Monographs as well as numerous articles and book chapters. Her work has been published in Journal of Communication, Journalism & Mass Communication Quarterly, New Media & Society, Mass Communication & Society, Journalism, Journalism Studies, Journalism Practice and Convergence, among others. She is currently a William T. Evjue Faculty Fellow and an H.I. Romnes Fellow.In addition, she received the Maier Faculty Development Endowment Award and the AEJMC Krieghbaum Under-40 Award.

She is a consultant for a number of news organizations and has had collaborations with the Aspen Institute, the Kettering Foundation and the Minority Student Achievement Network. She advises The Black Voice and the National Association for Black Journalists. She also volunteer, works closely with, or has had collaborations with the following youth non-profits in Madison: Goodman Community Center, Freedom Inc., Simpson Street Free Press, Lussier Community Education Center, Centro Hispano, and LEAP 2 College. A former business, technology, agriculture and seafood writer for a dozen years, Robinson earned her BA in journalism from the University of New Hampshire in 1994, her MA in journalism from Northeastern University in 2000, and her PhD in mass media and communication from Temple University in 2007.