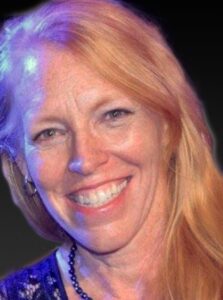 October is National Domestic Violence Awareness Month, and one J-School alum is bringing attention to this conversation through an award-winning documentary film. Kathern Felton Paige (BA’97) recently received the Merit Award at the Los Angeles Awareness Film Festival for her documentary LeVeta: “Get Out, Get Free”. The film is a story of courage and survival exploring the domestic violence experiences of a survivor named LeVeta, a woman who relied on her courage and resilience to walk way from her violent past. The film has also been selected for screening in another film festival in Studio City Hollywood, California in November.

Kathern’s was a unique journey from the J-School to creating this documentary. After beginning her degree from 1981-1985, she returned 10 years later as an older adult student to complete it from 1995-1997. Later, she attended the University of Southern California to get a master’s degree in social work (MSW). Formerly a UW community police officer, Kathern went on to found and direct ACTT: Social Change Warriors, an organization made up of social workers and community members dedicated to “educating, inspiring and empowering a generation of changemakers to create sustainable social change.”

We caught up with Kathern to hear more about her documentary.

When it comes to this documentary, what are you most proud of?

I am most proud of asking LaVeta very tough questions and her willingness to agree to this interview and answer my questions in such a raw and honest way.

What is your favorite J-School memory?

My first day in Professor Hoyt’s Introduction to Journalism class. I was a returning adult student and at age 34 I felt so honored to be accepted into the School of Journalism, but I don’t think it fully hit me till the first lecture. I remember sitting there in the lecture hall thinking “I did it – I’m a journalism major!”