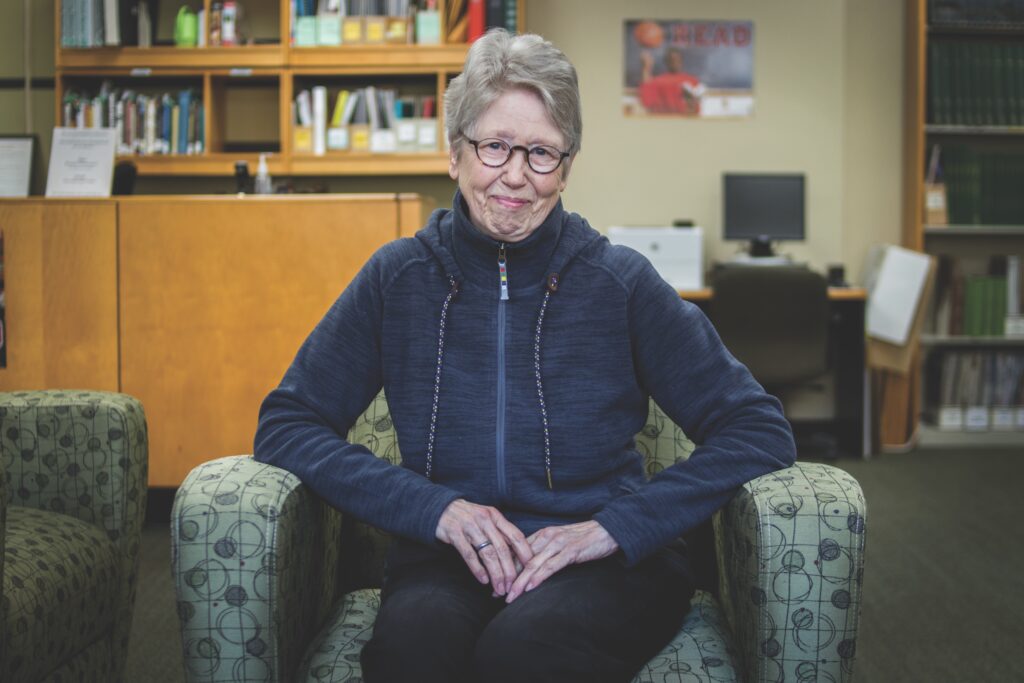 Sharon Dunwoody, Evjue-Bascom Professor Emerita of the School of Journalism and Mass Communication and a leader in science communication research, died February 4, 2022, after undergoing treatment for cancer in recent months.

Sharon was the first woman Director of the School, serving from 1998-2003, and later served as UW-Madison’s Associate Dean for Graduate Education. She joined our faculty in 1981 and went on to become nationally and internationally renowned for her research and her mentorship of other scholars. She studied the construction of media messages and how people use those messages to guide their thinking and behavior. Sharon’s scholarship helped generations of journalists, students and scientists become better translators of complex ideas to audiences all over the world.

“Sharon’s wit, calm and penetrating insights will be sorely missed,” said SJMC Director Hernando Rojas. “She leaves a big mark on the field and in our School.”

“Sharon was so kind, so soft-spoken, so generous in her manner that it was sometimes easy for people to forget that she was an internationally known star in the field of science communication, a researcher whose studies of communicating uncertainty and scientific ethics were among the best in the world,” said Deborah Blum, a longtime SJMC colleague who now serves as director of the Knight Science Journalism Program at MIT. “She was a wonderful mentor and a wonderful friend, and she will be deeply missed.”

Sharon was the second woman to win the Paul J. Deutschmann Award from AEJMC. She was a Fulbright Distinguished Lecturer in Brazil, a visiting journalism fellow at Deakin University in Australia and the Donnier Guest Professor at Stockholm University. She was a Distinguished Alumni Fellow at her beloved BA and PhD granting alma mater, Indiana University.

“The world has way less sunlight without Sharon and her inevitable smile. Her research, teaching, and administrative achievements meant she was a role model to so many of us,” said Michigan State University Professor and longtime SJMC colleague Esther Thorson, “Being female never hindered Sharon, and her guts made her women colleagues, certainly me, braver too. With a person as outstanding as Sharon, it’s tough to name her best attributes. I have to say, however, that her integrity, which was there in absolutely every aspect of her work and her life, and her loving kindness and optimism top my personal list. I benefited from these attributes continuously over the 41 years we were friends, colleagues, and fellow birders.”

In 1986, Sharon helped found UW-Madison’s Science Journalist in Residence program, bringing notable reporters to campus to interact with the university’s leading researchers and engaging with the public on critical scientific questions of the day. Though she retired in 2013, Sharon continued to lead that program and stay active in the School and interested in the lives of her colleagues, students and alumni. 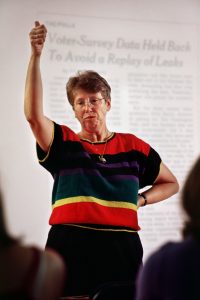 Beyond her path-breaking scholarship and public outreach, Sharon was an incredible colleague, mentor, teacher and friend. Legions of students she guided, both as undergraduate and graduate students, have gone on to impactful careers in science communication and research.

“I count Sharon among my most important academic mentors,” said Ohio State University Professor William “Chip” Eveland, a 1997 doctoral graduate and 2020 Harold L. Nelson Award winner. “She was a fantastic writer and an astounding editor, teaching me how to more effectively communicate in both academic and more public-facing writing. I always try to impart her lessons to my own students although I’m sure I don’t do it nearly as well as she did. Sharon was a kind and gentle soul, and mentoring aside, I cherished our many conversations over the years.”

Sharon’s impact was so profound that in 2019, the School created the Sharon Dunwoody Early Career Award to honor outstanding PhD graduates of the school for their accomplishments in research and teaching.

“Sharon was singular in her approach to mentorship,” said Kathleen Bartzen Culver, the School’s James E. Burgess Chair in Journalism Ethics. “She never told you what you should do. She helped you see what was possible and how you might chart your course to achieve what you wanted. Sharon made her mark through big ideas and aspirational visions, but also through quiet moments of calm reassurance.”

Jason Shepard, Professor and Chair of the Department of Communications at California State University, Fullerton, was one of the inaugural winners of the award. “Sharon was such a kind, inspiring leader from her days as director when I was an undergraduate and throughout my years in graduate study,” Shepard said. “Being recognized with an alumni award in her name is one of my proudest professional achievements.” 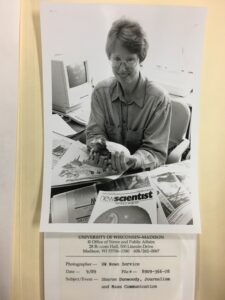 Sharon leaves an indelible imprint in the SJMC. Known for her kind and confident style, she had an abiding love of hummus and a knack for finding homes for a never-ending array of plants. Her colleagues remember how she welcomed them as junior faculty and seemed to always have the incisive point you had not yet considered in your latest research project or new course prep.

“I will always remember how wonderfully warm and welcoming Sharon was when I came here,” said Associate Professor Lucas Graves. “She was always popping in to offer to take me to lunch or to point me to a bit of research she thought I might appreciate. She somehow combined a fantastic wit with real gravitas and seriousness of purpose. I had no idea at first what a huge scholarly shadow she cast, but you knew instinctively that she was someone to listen to — wise and honest in the most reassuring way.”

Colleagues across the School share that admiration and will deeply miss Sharon’s presence.

“What a bright force Sharon was,” said Professor Sue Robinson. “When I arrived here without a single friend, she took me under her wing professionally and socially. She invited me to her fish fry nights and made me feel as if I had a support system. She always seemed so vibrant and happy.”

Kind, patient, wise, thoughtful and generous, Sharon Dunwoody was an embodiment and reflection of the best of us. She leaves an enormous footprint in the field and in our school and an even larger hole in our hearts.