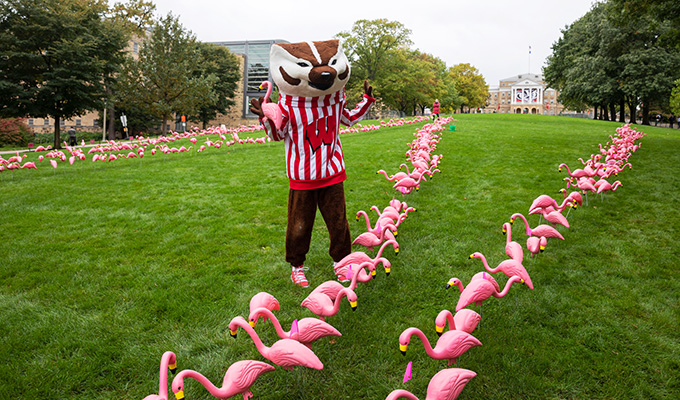 The 10th anniversary of the University of Wisconsin–Madison’s Fill the Hill fundraiser was a huge success! For the third year in a row, the School of Journalism and Mass Communication raised the most amount of money and had the highest number of donors of any unit in the College of Letters and Science.

Dollars raised for the J-School

Donors to the J-School

The year the Fill the Hill tradition was started

Putting the “FUN” in fundraiser

When flamingos took over Vilas Hall, our intern Makenna Erickson captured it all on video here.

Many alums and donors also enjoyed voting on this important issue: 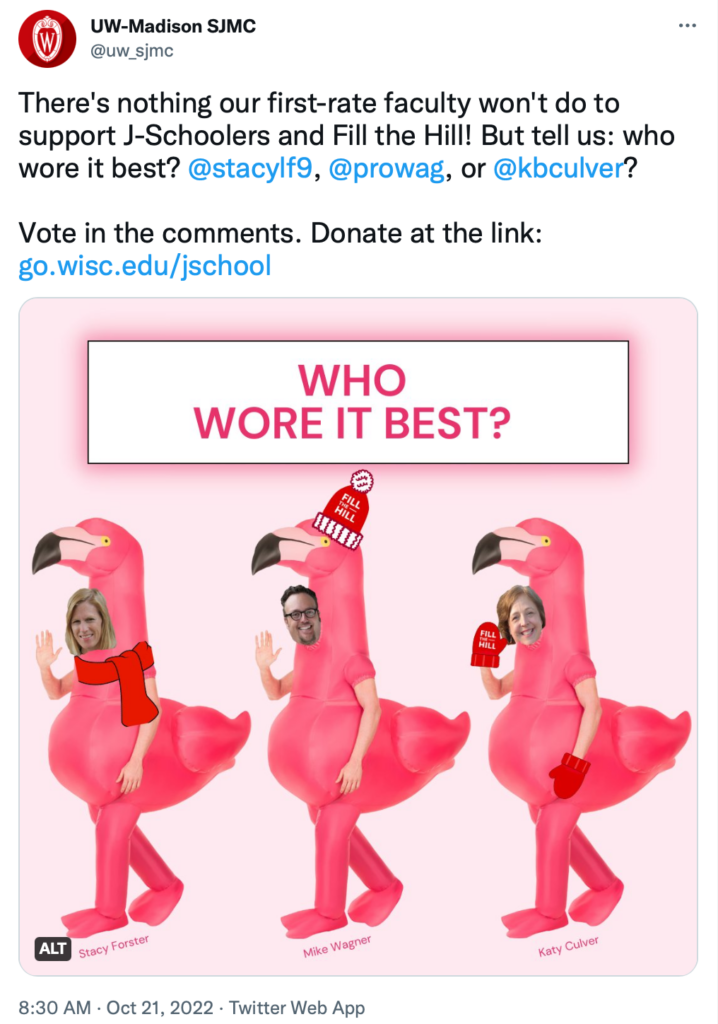 Thank you to our alums, friends of the school, faculty and staff for making this beloved Homecoming tradition one for the books!