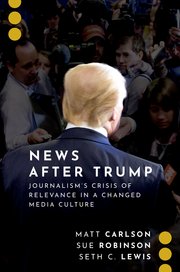 News After Trump examines the struggles over journalism brought about by former President Donald Trump’s relationship with media and relates them to the very relevance of journalism as an institutional form of knowledge production. At the heart of this questioning is a struggle to define what truthful accounts look like and who ought to create them or determine them in a rapidly changing media culture.

“Watching the attacks on the press over the last few years, I felt as if we were at a pivotal moment in our democratic life in the United States,” Robinson said. “When Dr. Carlson told me he was planning on documenting the moment and thinking through where journalism might go from here, this low point, I felt compelled to join his efforts. I was honored he welcomed me on board. We hope this book provides for all who care about journalism and its essential role in democracy a sense of reality of the mess journalism is in right now. We also point to the development of a moral voice as one way forward for journalists to regain relevancy.”

Through an extensive accounting of Trump’s relationship with the press, and drawing on in-depth interviews with journalists and textual analysis of news events, editorials, social media, and trade-press discussions, the book rethinks the relevance of journalism by recognizing the limits of objectivity and the way in which journalism positions certain actors as authority figures while rendering the less socially powerful invisible or flawed.

“It’s impossible to pinpoint any single moment from Trump’s presidency that sums up the level of acrimony Trump directed at the press,” Carlson said. “There are just too many incidents. Likewise, the reckoning taking place within journalism in reaction to Trump is hard to simplify. So we set out to write a book that would capture the complexity of this time period as a way of understanding the broader trends upending politics and journalism that will exist long after the end of Trump’s presidency. Ultimately this is a forward looking book aimed not only at identifying what is going on with journalism, but just as importantly arguing what journalism should be.” 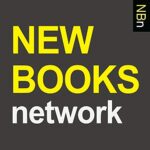 Recently, Carlson and Lewis spoke with the New Books Network podcast about the book.

“I think this figures into our larger interests, trying to make sense of what is happening to journalism in this confounding moment that partly has to do with the technological change, the rise of social (media) and smartphones, and what that has meant for news business models and platforms,” Lewis shared with podcast host Jenna Spinelle of Penn State’s Bellisario College of Communications. “But also what we’ve seen in the last several years with regard to the rise of populism, Trump being the key manifestation of that in the U.S., but we’re seeing lots of other examples elsewhere in the world, and what that means for journalism as an institution, as a profession, its relevance, its importance, and whether it really makes a difference, and in what way and how, in the world today.”

The book is available now.