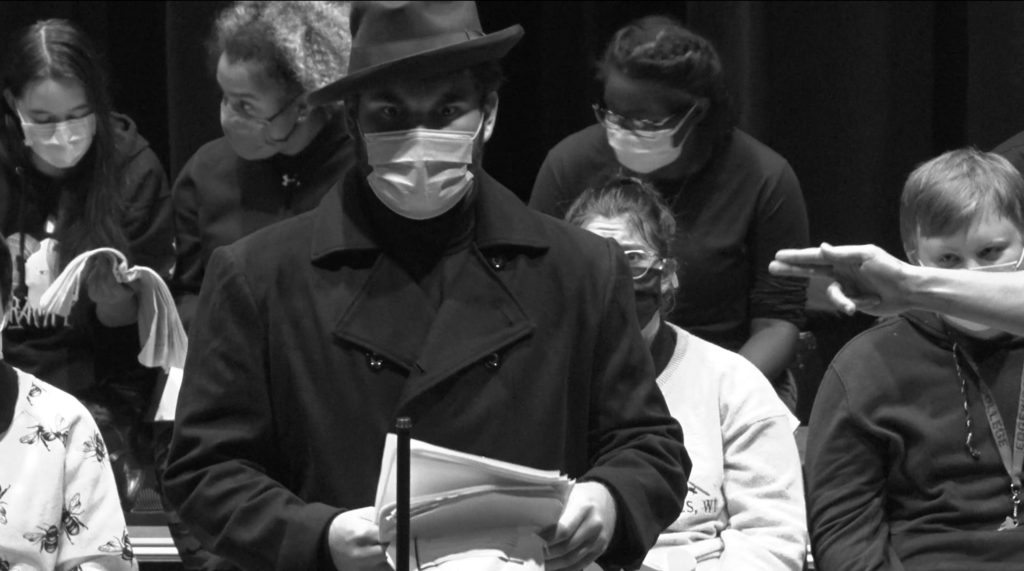 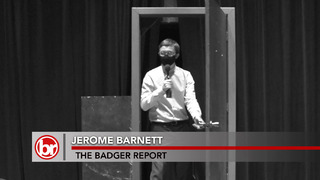 Barnett won for “Hitchcock: A Radio Play,” a piece he created for The Badger Report in J425: Video Journalism, taught by Distinguished Teaching Faculty Pat Hastings. The video focuses on the Edgewood College theater department as they attempt to recreate notable works of Alfred Hitchcock using different elements of radio, film and theater.

“The piece was a lot of fun to make. None of it would have happened, though, if Pat Hastings hadn’t given me her full trust,” said Barnett. “She supported the eclectic subject matter, the black-and-white aesthetic, and the soundbite-driven storytelling. I don’t think this piece would’ve been as nearly as good if I didn’t have that creative assurance.”